It's clear we are moving into the wintery season as teams woke up on a dark, rainy morning on 29th October. Best weather for playing an indoor sport in my opinion - nothing worse than being in a windowless games hall for 3hours when it's blazing sunshine outside!

Sadly Forza Ragazzi were unable to complete their fixtures today - scheduled to play in the Shetland islands even once a year is a tall ask for any team due to the time and financial implications. Sadly on this occasion there were not enough Forza players with time and funds to complete the fixture and a forfeit was submitted earlier this week.

City of Glasgow Ragazzi were first up with a morning game in Prestwick against South Ayrshire. There was rumour through the summer of the SA men's team folding, but a few extra players and the reigns taken by Vince Krawczyk meant the team was luckily able to continue. With a mixture of experience and youth, the South Ayrshire team were able to challenge CoG in multiple areas of the game, but ultimately unable to close out any set. CoG Ragazzi, although missing their libero Stuart Mackenzie due to injury, were confident and still able to capitalise and control areas of the game including serve and recieve, and regularly winning the net battle with power and tactics. A strong 3-0 win means the CoG Ragazzi team remain unbeaten in the 22-23 league. Captain Eddie Gorecki said the team are "looking forward to the rest of the season and other big challenges".

Su Ragazzi women were also playing in Prestwick in the 3rd game of the day against home team Caledonia West and missing outside hitter Kirsty McLean. Su Ragazzi women have been working for a few years to strengthen the depth of their squad and were able to successfully call upon Megan Booth and Anjele Nedelec to play in the outside slots. Lead by a perfect mixture of power and tactics by Claire Ramage, the Suettes controlled the first set comfortably and took the lead 1-0. The second set was a closely contended battle, Caledonia West serving tough and defending passionately, testing the Suettes pass and patience. The experience of the Suettes prevailed and after going 2-0 up, our confidence grew and we were able to dominate and win the 3rd set, also keeping the Suettes at the top of the Premiership League unbeaten. 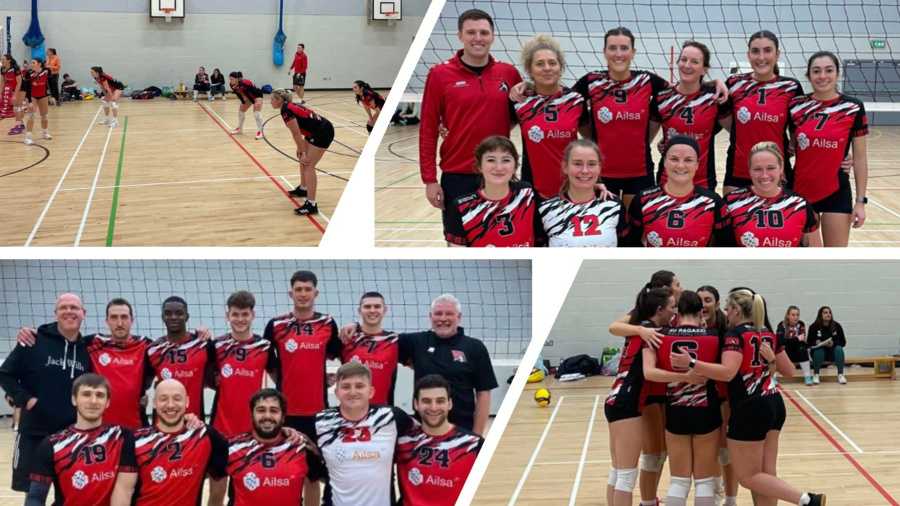